Alan Barrett is the Commissioner of the Calgary 55+ Hockey Association and has a fantastic outlook on the game of hockey.

He is passionate about giving back to the community and helping any way they can, and this outlook is consistently shown through the Calgary 55+ Hockey Association.

We asked Alan about his love for hockey, his favourite memories, and another successful charitable year!

Calgary 55+ Hockey, through proceeds from our annual tournament as well as a $10 charitable donation fee from each player was able to donate a total of $7,000 to three charities. We select successful charities whose initiatives include “all inclusive sports/recreation programs aimed at underprivileged and/or those with financial barriers or special needs.”

This season, we split the donation amount equally among “Every Kid Every Community”, “HEROS” and the South Fish Creek Kids Sports Fund. Each team that plays out of South Fish Creek also donated to this fund for an additional amount of nearly $3,000.

Our annual tournament, which is played in November and is aimed at raising money for the Food Banks in Calgary, donated $7,655 in cash and 235 pounds of food. The Food Bank can convert each dollar donated into five times the value in food. These monies are raised through a cash box as well as raffle draws and silent auction.

What is it that makes the Calgary 55+ Hockey Association want to give back and help wherever possible?

One of the leagues main focuses is giving back to the community. Even though most players are retired and several are on fixed incomes, they contribute to all of our chartable efforts especially for kids and families who are challenged.

I believe Canadians appreciate hockey as it is truly a team sport that can be played at almost any age and ability. Calgary 55+ has players over 85 still lacing them up. The game itself requires cooperation among all players and, once you appreciate the nuances of the game, you appreciate the play as much as the goals scored.

When younger kids are playing most families get involved and attend games where life long friendships are made.

I find that great memories are made almost every time I play the game. The camaraderie in the dressing room, the less skilled payer who scores his first goal in a couple of years, the goalie who makes an outstanding save and the handshake at the end of the game all add up to a great memory.

Any tournament I attend also provides special memories in the players you meet from other provinces or countries. The hockey is almost secondary. You don’t remember the scores, you may or may not remember number of wins and losses but you will certainly remember the good times experienced with the group of like-minded players. 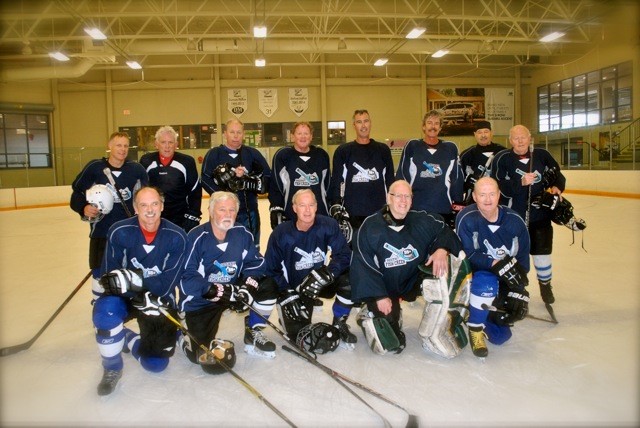