We recently posted about the growth of the Whitehorse Women's Hockey Association, a CARHA Hockey league up north that is growing in a hurry!

We had the opportunity to ask Jessica Pumphrey and Sidney Shaw some questions about the league, their growth, and hockey in general.

Their responses are nothing short of phenomenal, especially in regards to what makes hockey so special in Canada.

This is a must read!

Tell us about the Whitehorse Women’s Hockey Association – how long has it been around for, where do you play your games, etc.

The league has been around for about 14 years I believe! We play at both Canada Games Centre and Takhini Arena!

The league started with two teams and has grown quite a bit in the last few years. We went from 2 teams, to 4 teams. Then jumped to 6 teams, tried a season with 7 teams and then went back to 6 teams as the scheduling was chaotic with an uneven number of teams. In the last 3 or 4 years we've reached 8 teams and are starting to look towards creating a 10 team league or possibly another variation such as splitting the skill groups.

You’re experiencing major growth as of late – what do you attribute this to?

I think the growth in popularity is two fold - more people are moving north for jobs, or opportunity and that creates an influx of players who grew up elsewhere who want to continue to play hockey. The second part of that is that the women's hockey community in Whitehorse is very close, if you play for a year or two you end up meeting so many women who love the game of hockey. You make fast friends with teammates. If you play long enough, you end up knowing almost the whole league on a first name basis and that also helps foster a supportive community. It keeps people coming back, and it encourages new players to join. It enables people to try things outside of their comfort zone and becomes a safe place to work off any extra steam. A lot of young female hockey players are currently in the Whitehorse Minor Hockey programs and I think there's some "girl power" there as well, where moms see their daughters taking up a male dominated sport and think "If she can - why can't I?" and the answer is YOU CAN!

What do you think about the growth and increasing popularity of women’s hockey in general?

The growth of women's hockey is long overdue. It is finally gaining some more traction now; with women being included in the NHL skills competition and the Olympics starting to show that it is not necessarily a two horse race however it has been a long road. I remember being outraged when I was young that I would never be able to make a living playing the game I love like men could. It simply didn't seem fair. I am thrilled that although my window for competitive hockey is closed, that a door has opened for the girls after me to push through. The PWHPA is touring with their "Dream Gap Tour" which is amazing, and I think the more young players that see these powerful women taking a stand for their dreams, that the more motivated and insistent they will become. Which is great, because it is time for women's hockey to be recognized as equally entertaining as men's hockey.

What do you think makes the game of hockey so special in this country?

Quantifying why hockey is so special in the hearts of Canadians is extremely difficult. Many have tried, and while I agree with most of the attempts, a formal concrete answer seems elusive. I think there is something ethereal about learning to skate on ponds, and rivers that any northern climate share. The freedom of gliding with cold wind in your hair and sunshine on the ice is magical. Sandwiched between America and Great Britain and Russia, with a far smaller population we tend to be viewed as "underdogs" in most respects - however hockey is the one thing that we have always excelled at. Since it was invented, hockey has been ours. Our style of play (finesse but gritty) is often attempted but rarely executed properly. The physicality of the game does not seem to translate as well as the rest of the game (to other countries). It is a point of pride, something we can all point at as a unifier, that our country developed the fastest game on earth and remains the best at it in the world. Canada has developed and gifted many wonderful inventions to the world, however hockey is the one we kept for ourselves. We share the game because we love the game and it is always more fun to play with others than alone, however we are also jealous guardians of the game. We have handed down memories of a grandparent who wore old sears catalogues as shin guards. We have a shared history of playing in the streets, on ponds, that spans generations in ways that perhaps is not felt in other countries as collectively. Perhaps that is why we are so in love with the game, because it is something that regardless of where in Canada you live, you will have been exposed to hockey. The definitive rules, the excitement, the adrenaline, the team effort and the way it speaks to us as a community. No one plays hockey alone, which translates to teammates, coaches, fans, a support network. It shows us how to be our best selves, and maybe we take that message more deeply to heart as it echoes from our ancestors. 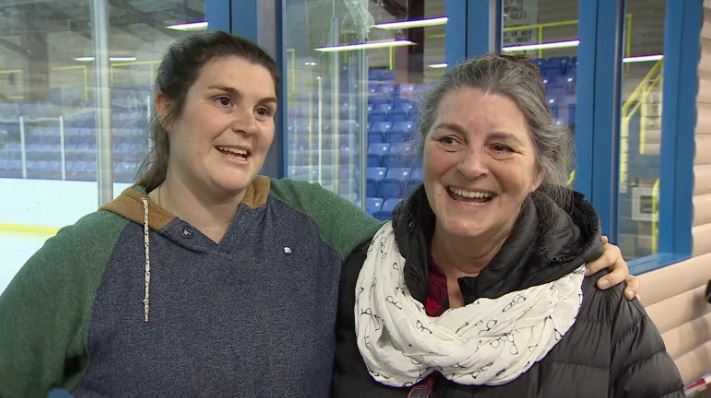