Thanks to Randy Melanson for the feature below on Mike Kamad, a lifelong hockey player and a special person!

Mike Kamad from Konora, Ontario is the oldest registered player in 55+ hockey in the city of Calgary. Mike will be turning 90 on February 19th and is one of their most dependable players. Mike enjoys the game so much he will make the round trip drive of over 1,100 km to Vernon, British Columbia to play in their Harvest Hockey Jamboree as he has done every October for over 25 years.

Hockey isn't Mike's only passion. He just helped his team win a gold medal in Calgary 55+ slo pitch. Mike played a big role in his team's success this year with an on base percentage of over .750 and often pinch runs for players 20-25 years younger than him.

A dedicated athlete and an inspiration to us all.

Mike was born on February 19th, 1930. He started hockey fairly late. At the age of 12 he took an old pair of skates that was left behind in his family's pool room. He was active in almost all sports even though his dad wanted him to follow in his older brother's footsteps and become a concert violinist. He would board an early morning train to Winnipeg with his sister so they could be there in time for their music lessons. But hockey and sports have always been his real passion.

By his calculations, Mike has played in over 1,200 games and has ammassed over 3,000 points, and still loves the game just as much as ever.

90 years old and showing no signs of slowing down.

We love the passion! 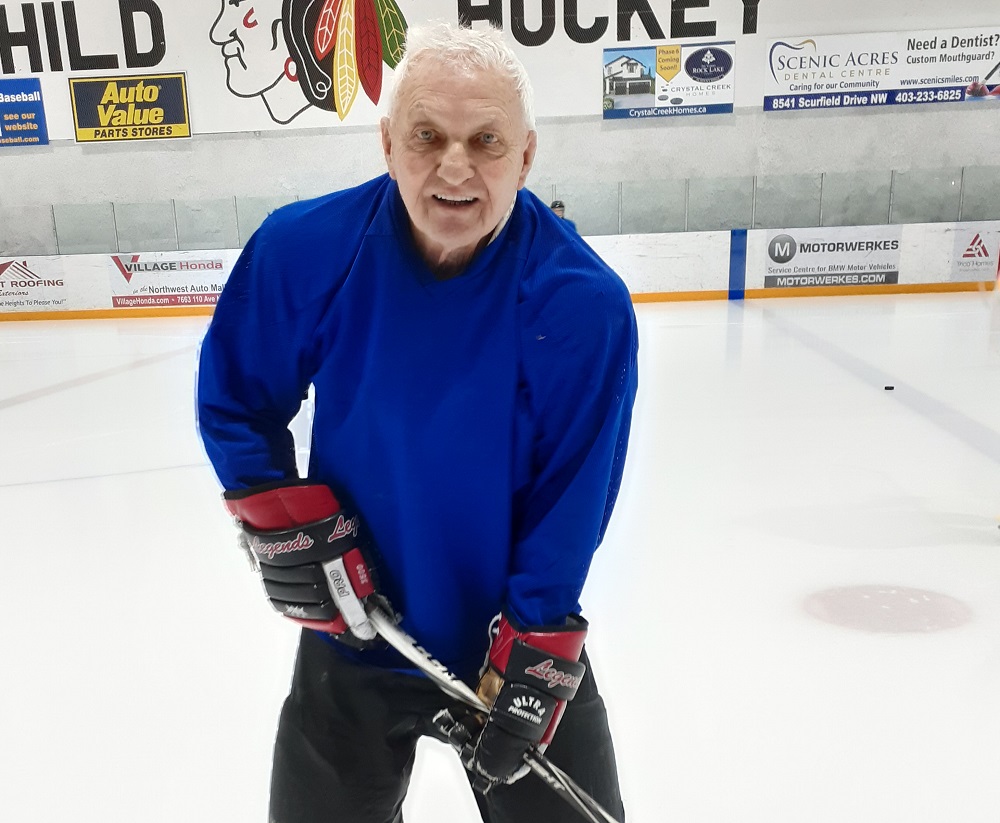