You may remember Lindsay Eastwood as a former Communications Intern with us at CARHA Hockey for a few summers, but now she has moved on to MUCH bigger and better things.

Since the conclusion of her final season at Syracuse as captain of the women's hockey team, she has started her own sports talk show and signed her first professional hockey contract with the National Women's Hockey League's (NWHL) newest team. We asked her all about these things and how she's been staying in shape!

Tell us about Locked In With the Ladies – what’s it all about, how did it come to be, and where can people find it?

LOCKED IN With the Ladies is an all-female sports talk show that I started with some friends from my program. We were all taking Sports Reporting class together and when we went online due to covid our prof. had us get into small groups and do a "First Take" like exercise. My friends and I enjoyed it so much we decided to keep doing it after the class ended and turned it into our own little show. So it all started out as a fun thing that gave us reps on air but we as of late, we have shifted our focus to analyzing and giving a voice to underrepresented female sports and athletes. We hope this focus will bring a larger audience so we can do our part to grow women's sports and give them more exposure. LOCKED IN can be found on YouTube!

How did it feel to sign your first professional hockey contract after being dedicated to the game for so long?

It felt pretty special signing my first professional contract. I always knew I wanted to play professionally but when that day actually came and I started telling my friends and family it was a whole other special feeling. I have looked up to the pros all my life and now I am one of them, it feels pretty neat.

Does it feel extra special to sign with the NWHL’s newest franchise, and the lone Canadian franchise in the league?

Signing with Toronto for their inaugural season and them being the only Canadian franchise was also special. Technically we are the only professional women's sports team in Canada, which is baffling, so it is cool to be a part of something that could grow the game and grow women's sports is amazing. That is the ultimate goal for all of us at the Six and being a part of something bigger than yourself is what it's all about.

How have you been training for the potential upcoming season with a lot of facilities closed or having strict rules in place?

Training has been different this off-season. Up until mid-July I was working out in my basement and outside with next to no equipment. Needless to say I did a lot of running and a lot of push-ups. However, I think it was really good for my body. It allowed me to lean out a bit instead of bulking up since I wasn't lifting any weights as well as healed all the nagging injuries that have built up over the years. I felt extremely rejuvenated to get back in the gym and on the ice. I traded in my skates for roller blades for a few months. I've been rollerblading all around Ottawa - it has to be my new favourite hobby.

Another thing I want to note is I just got a job working at the NHL Playoffs in Toronto. I am working for a newspaper in Tampa Bay as a stringer. I will be their eyes and ears at the games reporting on the atmosphere since they can't be there! 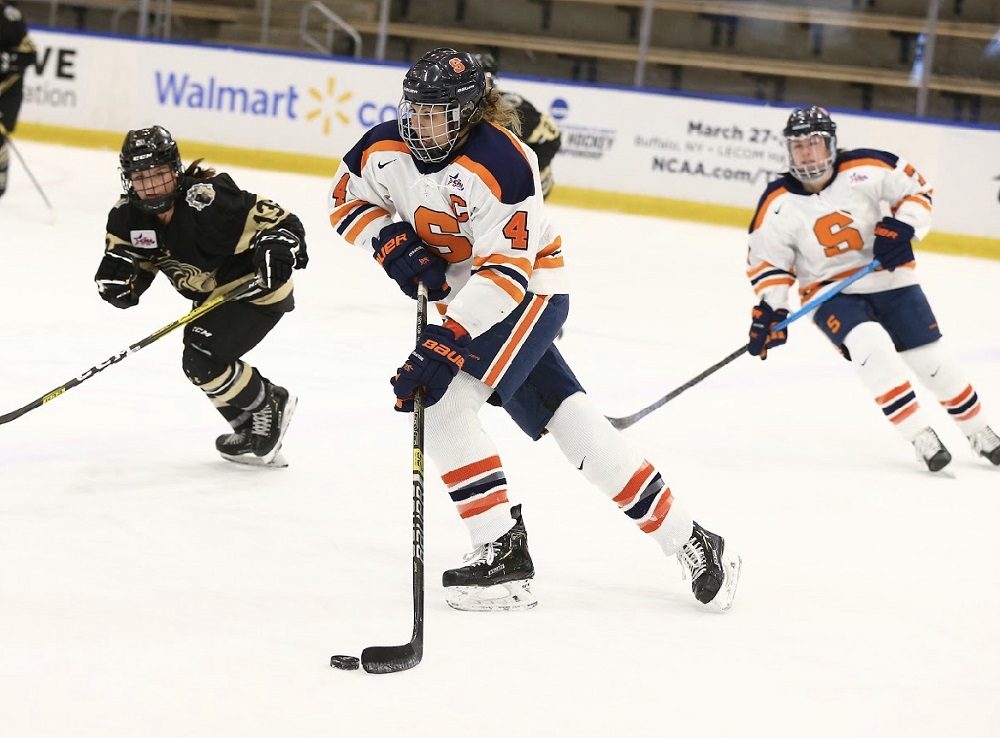