February is Black History Month. The month-long observation in Canada and the United States celebrates Black achievement, contributions and perseverance.

A short history lesson: Twenty-two years before the NHL began, The Colored Hockey League of the Canadian Maritimes got its start, operating from 1895 to the 1930s in Halifax, Nova Scotia. The league was comprised of descendants of escaped American slaves and, at its peak, had hundreds of players and 12 teams. It helped revolutionize the game of hockey as we know it today, credited with the first use of the slapshot and the first to adopt goalies dropping to their knees for a save.

Hockey is part of the Canadian identity. It is rich in history, but despite the good the game has brought, there continues to be a lack of diversity in our beloved game.

In February 2019, the NHL introduced Black History Month to ‘demonstrate its commitment to celebrating black achievement in our sport and creating a welcoming and inclusive environment for people of colour.’ Black History Month efforts are part of the Hockey is For Everyone campaign, a year-round NHL and NHLPA initiative that uses the game of hockey ‘to drive positive social change and foster more inclusive communities.’

The recent events that reinvigorated the Black Lives Matter movement have turned the spotlight on major sports leagues for how they are enacting real change. The NHL has been proactive with its initiatives but historically the organization has not been seen as quick to react. Actions speak louder than words and the league must remain accountable to their promise that ‘hockey is for everyone.’

Kim Davis, the NHL’s executive vice-president of social impact, growth initiatives and legislative affairs, considers the most significant impact is the one being led by the players, backed with support from the league and each club’s leadership.

Silence is no longer the answer. More athletes are speaking out for a safer and more inclusive environment at all levels of the game. Here we highlight just a few game changers and encourage you to listen to the stories of these individuals and others because it takes a team to stand up to racism. 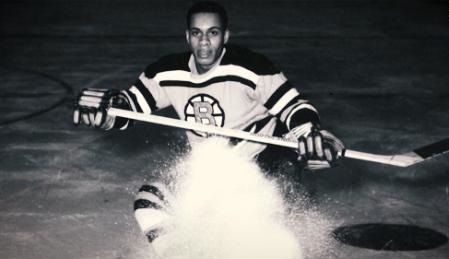 Known as ‘hockey’s Jackie Robinson,’ this Canadian changed the game forever when he broke the colour barrier on January 18, 1958.  O’Ree made NHL history as the first Black player when he suited up for the Boston Bruins in a game against the Montreal Canadiens. He played 45 games for the Bruins over two seasons, then 22 years of minor league hockey but has inspired generations of hockey players.

Today, the Hall of Famers efforts are focused on advocating for an inclusive culture in hockey and building grassroots hockey programs as the NHL’s Diversity Ambassador for the Hockey is for Everyone initiative. His documentary, “Willie,” shows his continued advocacy for diversity on and off the ice. Classroom Champions, the NHL and the team behind the documentary teamed up to release “Lessons from Wille” (www.lessonsfromwillie.com), a digital experience that uses O’Ree’s experiences to teach lessons on social justice and racism and facilitate conversations. In February, the program launched with a virtual panel that included O’Ree, Prime Minister Justin Trudeau, Canadian pro hockey player Sarah Nurse, Willie producer Bryant McBride, founder of Hockey4Youth Moe Hasham, Jamaica-born hockey player Brittany Morrison, and Canadian sportscaster Ron MacLean. One classroom from every province and territory joined the conversation. 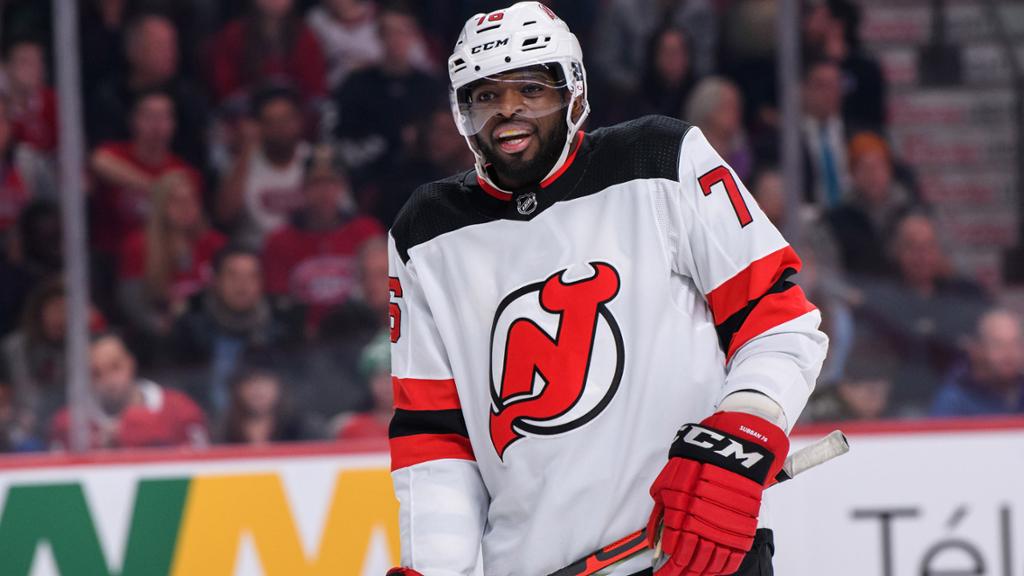 Subban has stood against racism for years and has been a leader through his actions. In 2019, the New Jersey Devils defenseman sent a message to a 13-year-old hockey player who had been the victim of racial remarks. His message included this great advice: "I can tell you this right now: As long as you’re still breathing in this world, you’ve got to believe in yourself and let nobody tell you what you can and can’t do."

As a constant target for racial remarks, Subban has embraced the opportunity to be a role model, apparent in his new book ‘Fighting Racism to Become a Hockey Superstar and Role Model for Athletes of Colour.’ He is known for his philanthropy work, including a program to bring law enforcement and youth together and create positive connections. Through Blueline Buddies, which he started during his time with the Nashville Predators and has continued in New Jersey, Subban would pair a law enforcement office and low-income youth as his guests to each home game. He has also made significant donations, including last year’s $50,000 to the Go Fund Me for George Floyd’s family, which the NHL matched.

The former NHL player has openly challenged the culture of the sport and helped break the silence on racism in hockey. Aliu has challenged the NHL’s ‘Hockey is for Everyone’ slogan and detailed several incidents over his career. In 2019 he went public with racially-based allegations of the treatment he received from Bill Peters, who coached him in the AHL over a decade ago. As Peters resigned as head coach of the Calgary Flames, this prompted the NHL to look further at addressing the issue in hockey.

Aliu continues to use his platform to encourage others to speak out for positive change. He is the co-founder of the Hockey Diversity Alliance (HDA), which he and Evander Kane started in 2020 to “eradicate systemic racism and intolerance in hockey.” The HDA, which includes seven other current and former black NHL players, had hoped for a partnership with the NHL but have parted ways to operate independently of the league. In February of this year, Scotiabank announced a sponsorship agreement with the HDA to further their mission, create change at all levels, and make hockey accessible to everyone.

The San Jose Sharks defenseman has spoken out about racial injustice throughout his career but in 2020 he publicly called out his peers to act in the wake of the killing of George Floyd. Breaking the silence, he said, “We need so many more athletes that don’t look like me speaking out about this, having the same amount of outrage that I have inside, and using that to voice their opinions, voice their frustration. Because that’s the only way it’s going to change.” Days later, he and Aliu founded the HDA.

Kane was at the forefront of seeking change from the NHL last summer. He and other HDA members vocalized their disappointment in the NHL’s response to the Black Lives Matter movement. When several players reached out for guidance, Kane and Matt Dumba, a fellow HDA member, hosted a conference call with over 100 players. Such actions prompted the NHL to support the players in postponing two days of playoff games to show solidarity with other major leagues in protest against racial injustice and police brutality.

The Minnesota Wild player has taken the lead with his anti-racism efforts over the past year and has shown he is not backing down. As a representative of the HDA, he gave a powerful speech before the first game of the 2019-20 playoffs, declaring: “On behalf of the NHL and the Hockey Diversity Alliance, we vow and promise to stand up for justice and fight for what is right. I know, first-hand, as a minority playing the great game of hockey, the unexplainable and difficult challenges that come with it. The Hockey Diversity Alliance and the NHL want kids to feel safe, comfortable and free-minded every time they enter an arena.” He concluded with: “Hockey is a great game, but it could be a whole lot greater, and it starts with all of us.” Following the speech, he took a knee during a U.S. national anthem, the first NHL player to do so.

In the same year, Dumba won the King Clancy Memorial Trophy, awarded for “leadership on and off the ice and who has made a noteworthy humanitarian contribution to his community.” He has become a force encouraging others to speak out and inspiring the next generation.