We had a chance to catch up with Tim Colby, coach of the Kenya Ice Lions Hockey Team and former CARHA Hockey member, to learn more about the famous team and his experiences in hockey.

We came across a photo of you in a CARHA Hockey hat and it caught our attention. What is your connection to CARHA Hockey? How were you involved in hockey in Canada?

I coached minor hockey in Ottawa's West End Hockey League for ten years, it was a great experience working with teams from Novice up to Bantam and I had a lot of fun and learned a lot about coaching. I also played rec hockey in the Dreg Hockey League which is a CARHA member and I think the old CARHA ball cap I often wear at practice in Kenya must be at least fifteen years old by now - I might need to take it out of the bag and wash it some day! 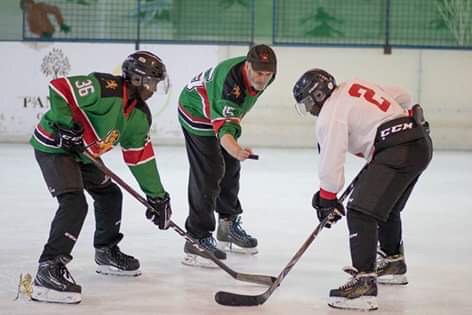 Do you have any special memories from your time as a member of CARHA Hockey?

Rec hockey is a very special thing, something I think we take for granted in Canada. Not many countries have these very well organized and run opportunities. It is more than just an opportunity to play a sport, and to do so from a young to an old age, it's a social experience where friendships are made, networks developed and social support systems created. It's both a personal and community development asset that we need to recognize, appreciate, and support. The fact that it is volunteer driven makes it even more special and important.

What brought you to Kenya and how you got involved with the Kenya Ice Lions.

I first came to Kenya in 2010 working at our High Commission in Nairobi. I was part of the development assistance section helping implement programmes across Kenya. I left this position in 2014 and joined the United Nations Development Programme (UNDP) where I work on similar programmes.

I had heard about Wednesday night pickup games being played at a rink at the Panari Hotel in Nairobi but I didn't play very often at first as some nights the traffic was so bad that you could spend hours in a jam and there's always the chance of robbery or accident in these situations. During one game, a Kenyan player, Ben Azegere, asked me if I could help them take the game to 'the next level'. They wanted to get much more serious about their own play and to expand the number of players. I was hesitant at first knowing the level of organization, cost, and time needed for hockey - particularly in a place like Kenya where there's only one small rink and the nearest place for equipment was an eight-hour plane ride away! But, a few years later here we are with Kenya Ice Lions going all out.

In 2019, Tim Hortons flew the Ice Lions to Canada for a surprise game with Sidney Crosby and Nathan McKinnon. Can you tell us more about how this came about and what it meant to your players?

We have a Facebook page - Kenya Ice Hockey League - that we post some pics on and use to communicate with players and this was getting us some attention. Also, Alibaba sent some of the players to watch the Winter Olympics in South Korea and produced a great commercial with the team on the theme 'the greatness of small', this generated a lot of interest in the team and has millions of views.

The ad agency for Tim Hortons, Zulu Alpha Kilo, contacted us and proposed the idea of the trip to Canada. I was in Toronto just before the team came over and worked on some ideas for the trip, this included getting a good beer league style game set up with a team from Garry Mercer Trucking in Mississauga. Garry visited Kenya for a motorcycle tour years ago and has helped the team for many years now. Zulu Alpha Kilo and Tim Hortons did a great job with the trip, actually it was much more of an experience than a trip for the players. Watch Tim Hortons | The Away Game.

The trip and the game meant a great deal to the players, they each came back with a full set of gear donated by CCM and they were so energized throwing the bodies around like they were on pro tryouts. I had many bruises from the games after their return. It inspired them to take their game, individually and collectively, to another level and then some. This has helped generate a lot of support for the team, financial support, used gear, a skate sharpening machine, an international network of friends and supporters and so much more.

What has this team taught you?

We often say that 'every dream is valid' and that may sound trite or corny to some, but the Kenya Ice Lions have taught me that it is really true - a Kenyan Olympic hockey team: why not? Pursue your dreams. 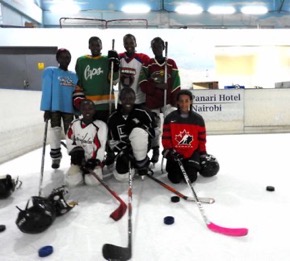 What are your hopes for the future of the Kenya Ice Lions?

As I said about the benefits of rec hockey in Canada - social, friendships, support networks, etc. - I hope to see more of this in the future for the Ice Lions. I see a lot of it already and we want to expand this so more can benefit. The power of sport is unlimited and we can bring that here through hockey. Our rink is closed temporarily due to COVID and the team is putting this into practice working with some children's centers and orphanages sponsoring ball hockey parties and raising funds for them, we just had help from the Calgary hockey community in one of these events. When our ice is back we'll get these kids skating; when they learn to skate it's a huge confidence boost and lots of fun for them.

We've started to get registered as the Kenya Federation of Ice Sports (KEFIS) with a website (https://kefis.co.ke/) and a plan of action to teach skating, hockey, figure skating and we'll then join the IIHF as Affiliate members and start growing the game. We hope to host a three-on-three African Cup this year with teams from South Africa, Algeria, Egypt, and Morocco.

We had a great tournament with the The Howe Friendship League in 2019 that developed into a great relationship with their organization that does a very interesting sports and tourism adventure for players who want to get off the beaten path and experience hockey in unique settings like Kenya. We hope to do another tournament with them later this year.

If someone wanted to help support the team, what could they do?

The Howe Friendship League is selling our jerseys online, we get a large part of the profit from this and they're awesome jerseys so buying a jersey really helps - check them out here!

We also have a GoFundMe page.

We'll be using some of the funds raised to ship donated gear to Kenya. Following our Facebook page or Instagram (@kenyaicehockey) or Twitter (@ken_icehockey) accounts will help people know when we start this campaign. It's also a lot of fun and interesting to keep up with this team. Our experience with Alibaba and Tim Hortons has taught us the value of social media to help the team.

And, as always, you're welcome to come play with the team in Kenya, in one day you can see real lions in the wild and then play with lions on the ice! 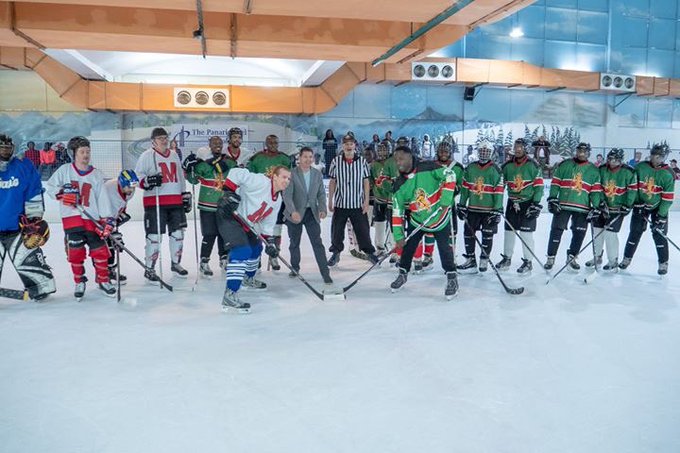 US Ambassador drops the puck for an Ice Lions game against US Embassy players
Photo: Kenya Ice Lions