What hockey team/league do you participate in? How long have you been involved in hockey?
I play in a couple of hockey leagues and a couple of pick-up hockey leagues. (Kingston Senior Women's Hockey League and Stone Mills Women's Hockey League). I started hockey very late in life. I was in my 59th year and have been playing for 9 years. My son played house league hockey for many years but I never got involved in coaching or on the executive. I regret that, as I love hockey so much and know that I could have learned a lot. I now run a co-ed pick-up league on Friday afternoons and a hockey clinic for adults on Sunday afternoons. I do not teach it but I make sure that we always have the ice and a good friend of mine‒ who has been involved with hockey for many years‒ does the teaching.

What would you tell anyone interested in playing recreational hockey?
The most important thing is to have fun and to treat yourself‒ take as many hockey clinics as you can! You will only get better with practice. It is also one of the fastest, most complicated games to play and in order to get better and enjoy the game more you need to take lessons.

How has adult recreational hockey helped you reach your fitness goals and maintain a regular channel for exercise?
There is no doubt you get in shape playing hockey. You use every part of your body when playing. Plus, playing in different hockey groups you meet many supportive and helpful people. In my case, I met a personal trainer who teaches dry land training. She is great and has helped me get in shape to play an acceptable game of hockey!

Has playing recreational hockey helped you expand your network?
Yes, we have met many wonderful people playing hockey in all different professions. Our post-game get-togethers are always a lot of fun.

Playing recreational sports can serve as a great outlet from our fast-paced society. How has playing recreational hockey helped you lead an overall improved and happier lifestyle?
I believe that using up some of my energy in such a fast-paced sport has been an excellent release of energy and at times, frustrations as well. I did not have the good fortune to play any team sports when I was younger and I have now learned so much from just being on a team. You are part of something and you look after each other. I love playing hockey!

What has made you stick with the sport of hockey as opposed to another sport?
I have always loved hockey, watching it and now playing it. I love the fact that hockey is played on the ice indoors as we are able to play all year long. I also wanted to enjoy winter. I ski, but that is very time-consuming and expensive. My husband and I put a rink in our yard so that we can skate most days in the winter and of course we invite friends over to play a little 2 on 2. We call it 'Hockey Night in Tamworth'. What a great way to exercise and pass the long winter days! 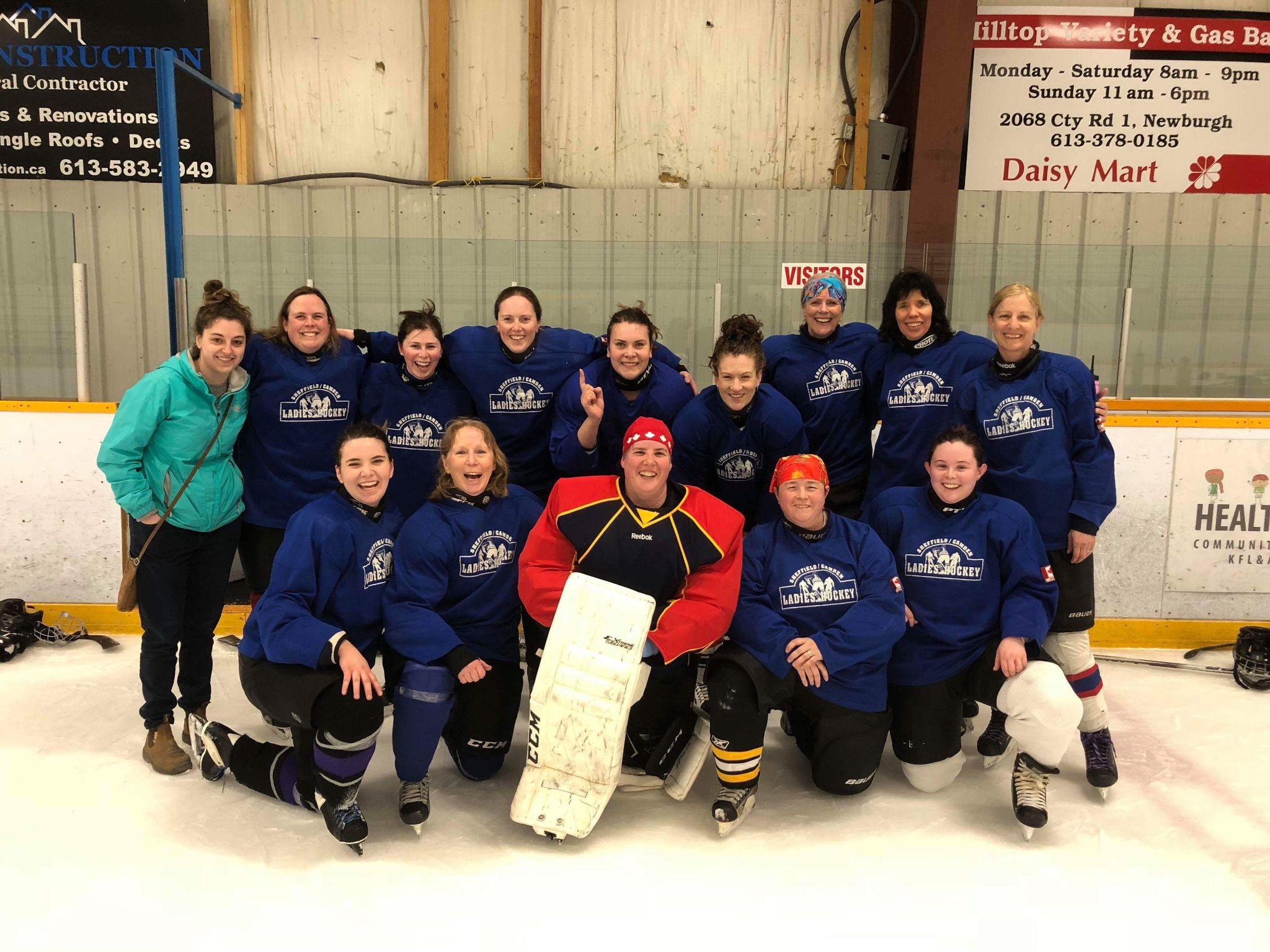