You can watch, play, and experience hockey around the world. That's what inspired Dustin Hall when he started Nomad Hockey Apparel. We had a chance to catch up with Dustin and learn more about his company and the great message behind the brand.

Q: When we checked out Nomad Hockey, we were drawn to the message behind it! What was your inspiration for your brand?

Our brand was inspired by a realization that some of the best hockey experiences I had ever had came along with travel.  Some of that travel was to play, like a trip to New Zealand and Australia, and some were to watch, such as the Spengler Cup in Davos, Switzerland.  The opportunity to play and watch hockey exists in so many countries around the world that you can follow the game on an incredible number of adventures. 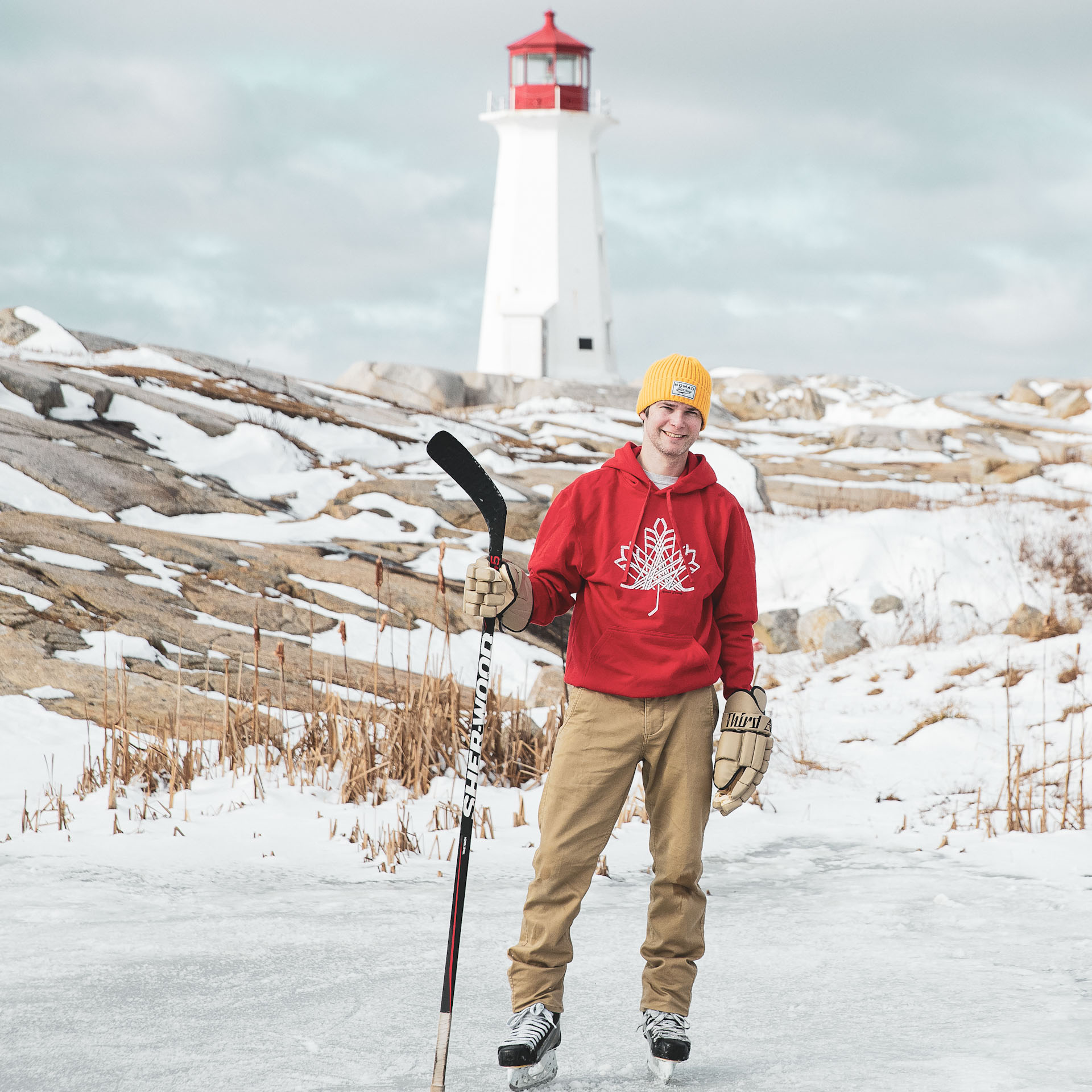 Q: How did you get involved in the apparel business?

I got involved in apparel as a way to wear my heart on my sleeve, to be able to tell a story, and hopefully to write new ones. 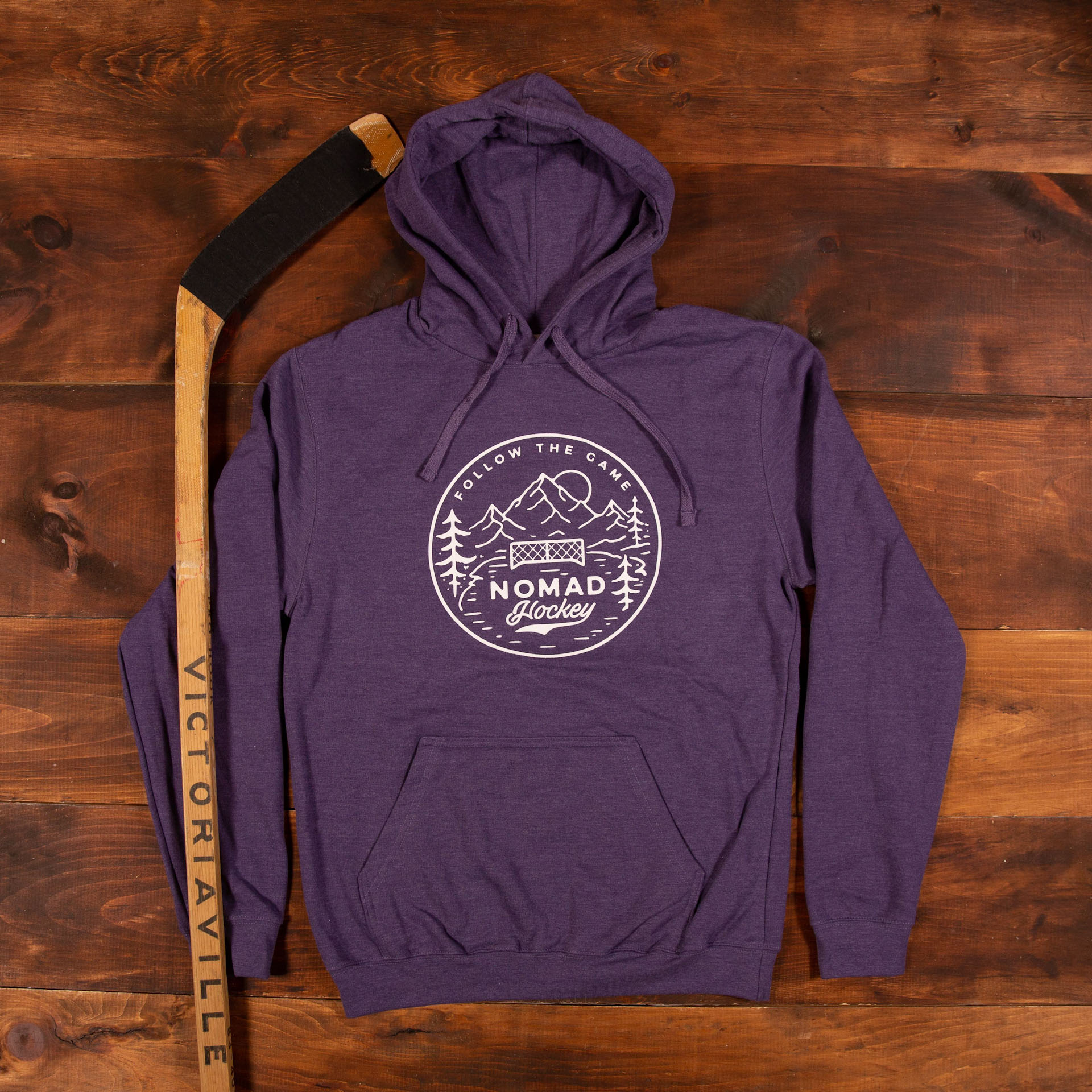 Q: Can you tell us more about your hashtag #FollowTheGame and what it represents?

It’s a double entendre really.  Most would think it means to follow the way you follow your favourite teams; you watch them on TV, pay attention to the standings, stats, and the players, and sometimes you attend games in person, and that’s one of the ways we mean it, but we also mean it that you can go where the game takes you.  Think of a player like local to us Sidney Crosby.  Hockey has taken him to play in places like here in Nova Scotia, in Rimouski, in Pittsburgh, and various countries for World Juniors, Olympics, and World Championships.  He has followed the game to more places than most. 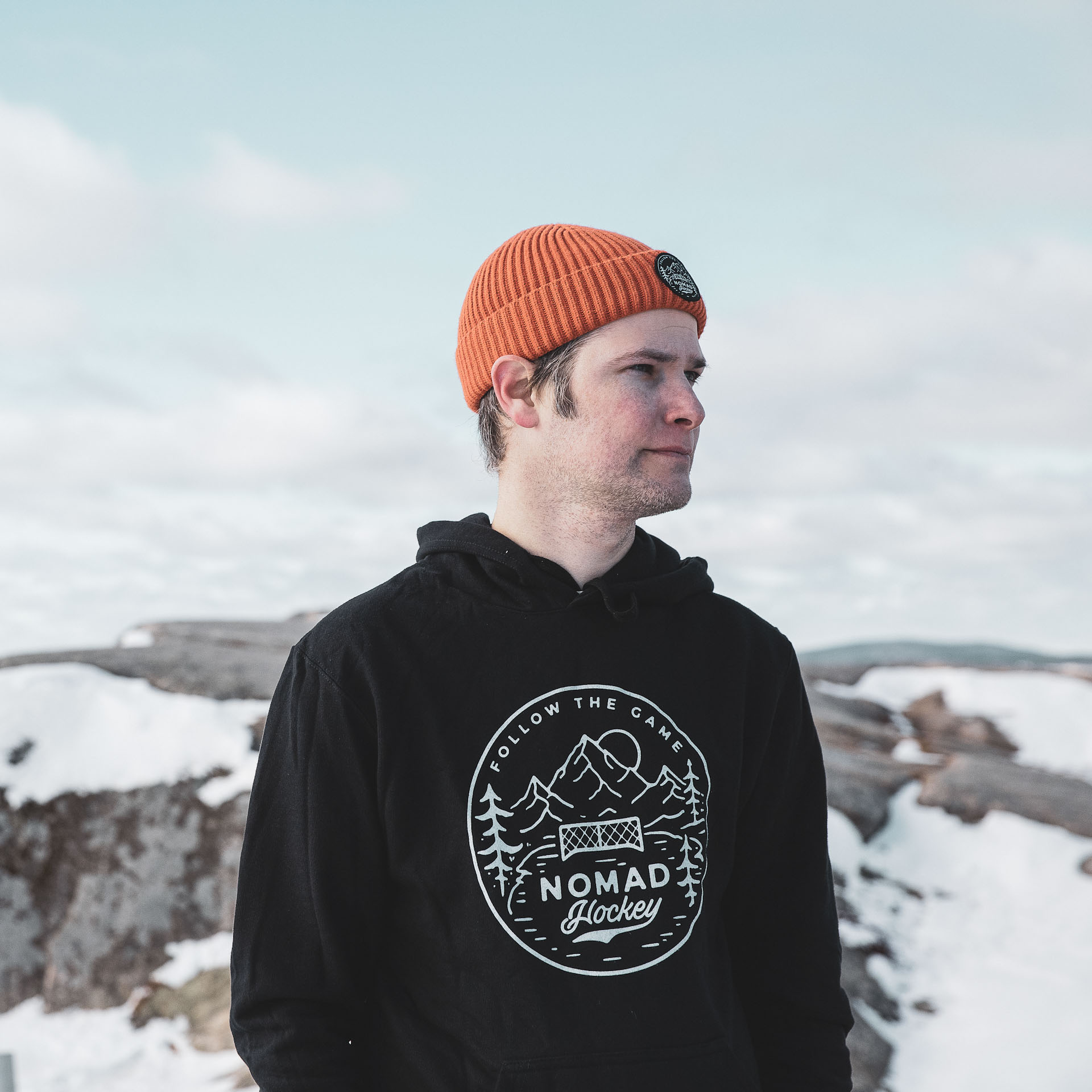 Q: What is one of your favourite places that hockey has taken you?

Unequivocally New Zealand.  It was an experience of a lifetime to play against their national team, to meet those players, see that country.  It’s an experience I am hoping to offer to others through a travel hockey team I am working on called the Canadian Nomads.

Q: How long have you been involved in hockey?

Are you still playing? I started when I was 5 doing hockey school in Niagara Falls, Ontario, and have played recreationally my whole life, aside from when a few injuries kept me off the ice, and at 38 I am still playing recreationally.

Q: Why is outdoor hockey and pond hockey so important to you?

Outdoor hockey holds a nostalgic place in the mindset of Canadians and it’s something we are at risk of losing as climate change alters our winters.  Last winter we had about 5 days we could get out on natural ice in the Halifax area.  There is nothing quite like lacing up the skates and playing in the elements.  I have a dream of one day playing pond hockey on every continent, though rising global temperatures may make that impossible before we know it.  I made sure that my two daughters' first time on ice was outdoors in a pond.  I don’t know if they will like hockey as they age, but they will always be able to say that their first time skating was on a frozen pond, and that makes heart happy.

Q: Where is Nomad Hockey heading in the future? What are your plans?

We hope to become known in the hockey community around the globe as a company with great, comfortable clothing for players and fans alike.  I’d love to see our logo on the ice as one of their face-off circle ads one day.  We are also working on creating a travel hockey team to help people experience different countries and cultures through this wonderful game of ours that bonds people in a way no other sport does.

Q: If someone was interested in checking out your merchandise or following along on social, how can they find you? 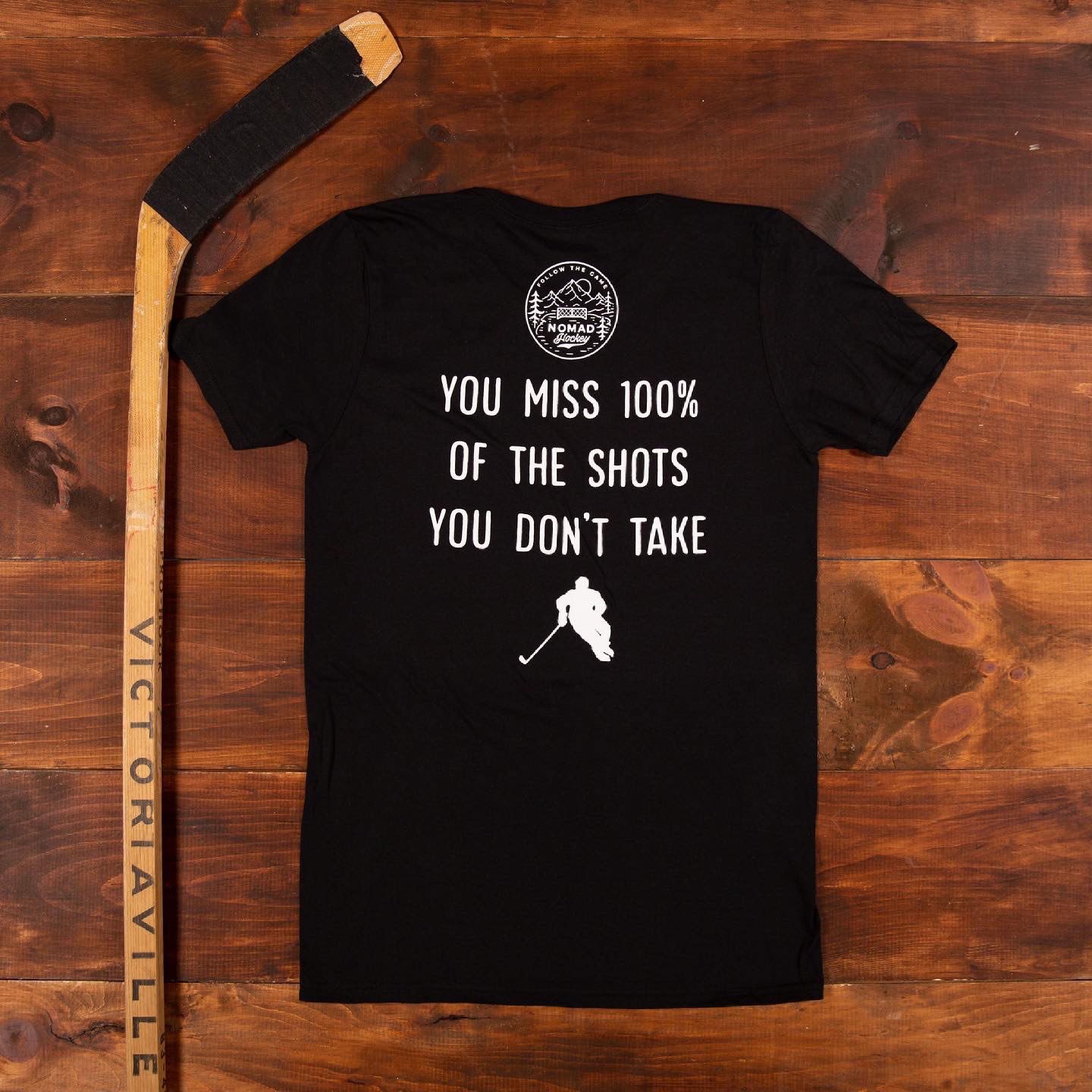 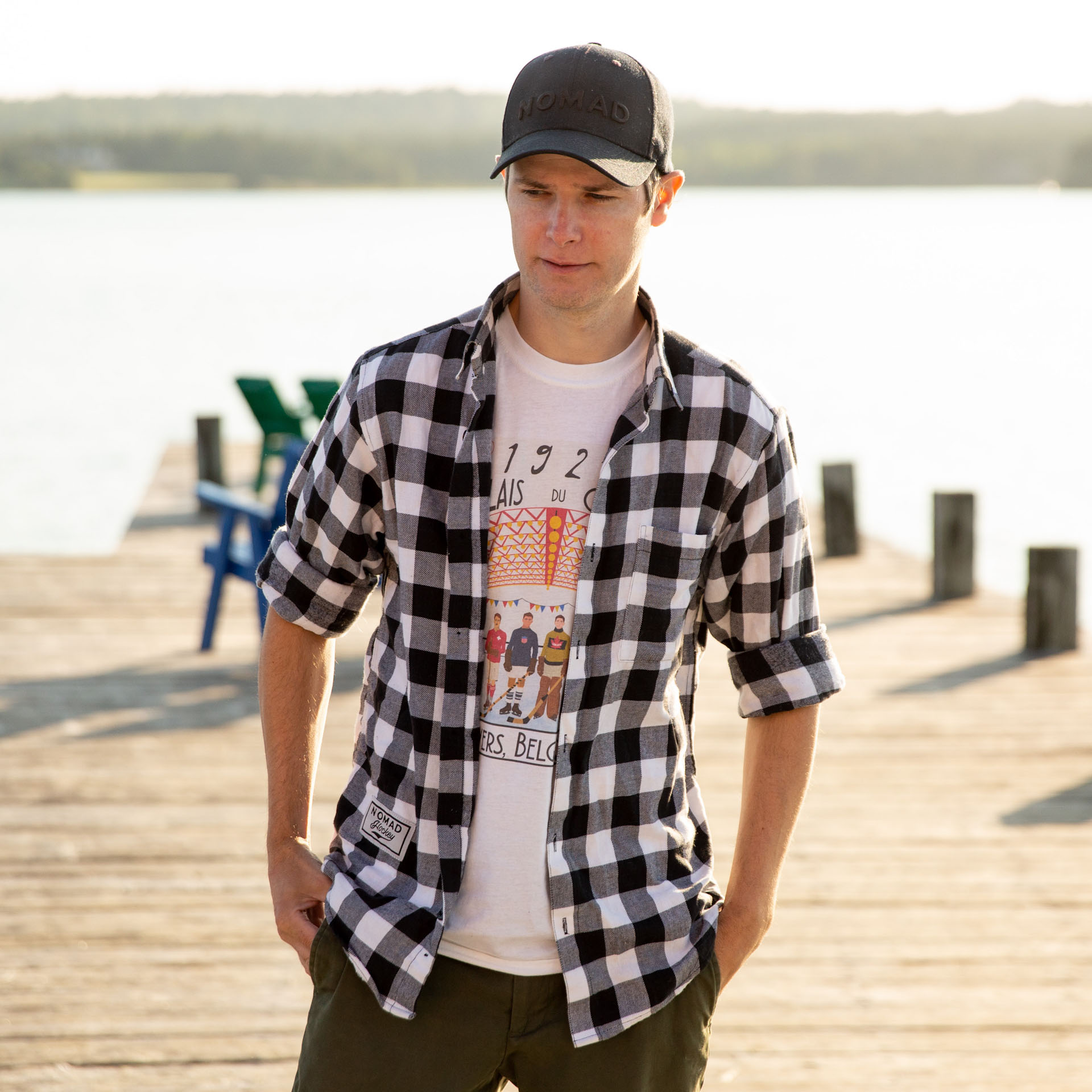