For our team, SEC is a great networking opportunity, attracting individuals from the four main sectors of the sport tourism industry. If you didn't know, CARHA Hockey hosts the world's largest international adult recreational hockey tournament! That's right. It's known as the Olympics of rec hockey, organized every four years in a select Canadian city. More than just a hockey tournament, this weeklong event is the ultimate hockey vacation. It's a chance to meet and compete against players from around the world, participate in the Opening and Closing Ceremonies, take in evening events in the Athletes' Village, experience the Host City, and more! 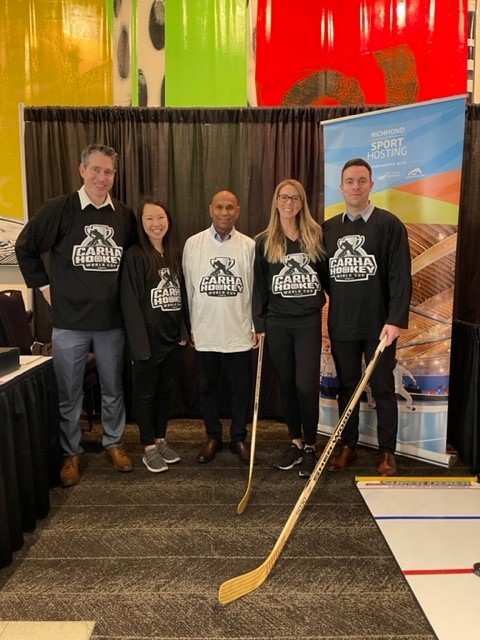 So what does that have to do with SEC? Well, this is a great chance to meet individuals who share the same passion for sports tourism. One truly unique feature of SEC is the Sport Events Exchange (aka Speed Dating). Here was our chance to scout future hosting opportunities for the CARHA Hockey World Cup by exploring new relationships and answering questions from potential host destinations during the Speed Dating rounds.

Now we can't talk about SEC without mentioning the outstanding representation from Richmond Sport Hosting, representing the City of Richmond, British Columbia. Check out their team sporting some awesome CARHA Hockey swag below. That's also them above putting the CARHA Hockey World Cup on full display on Jersey Day! 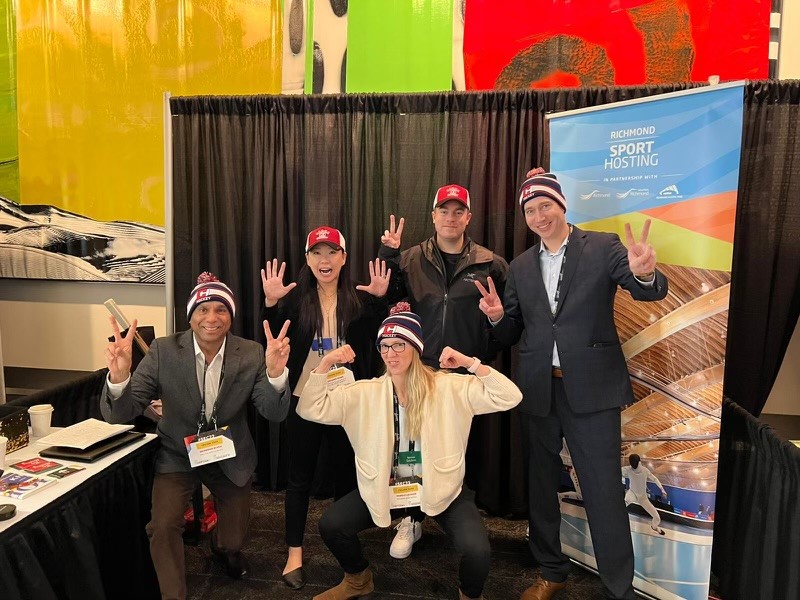 The beautiful City of Richmond will host the next edition of SEC in June 2023, and is also home of the CARHA Hockey World Cup in March 2023! Originally scheduled for 2020, they have been amazing partners as we prepare to give our participants the experience they've been waiting for in March! Richmond Sport Hosting showcased a “Road to the CARHA Hockey World Cup” booth at SEC with a hockey stick handling simulator and CARHA Hockey merch! Attendees could also try out their reaction time with a special game from the Richmond Olympic Experience. 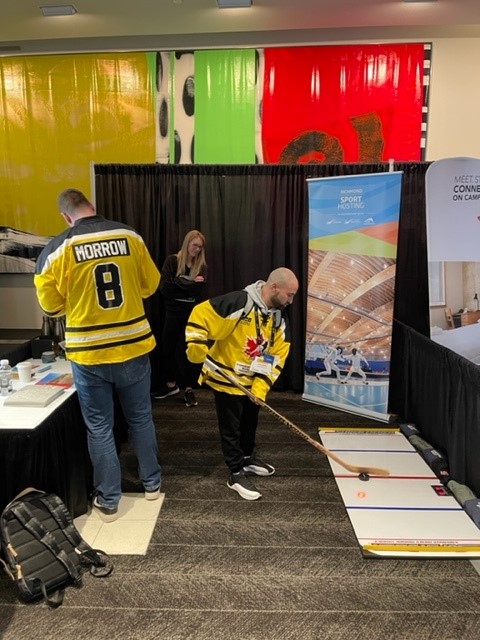 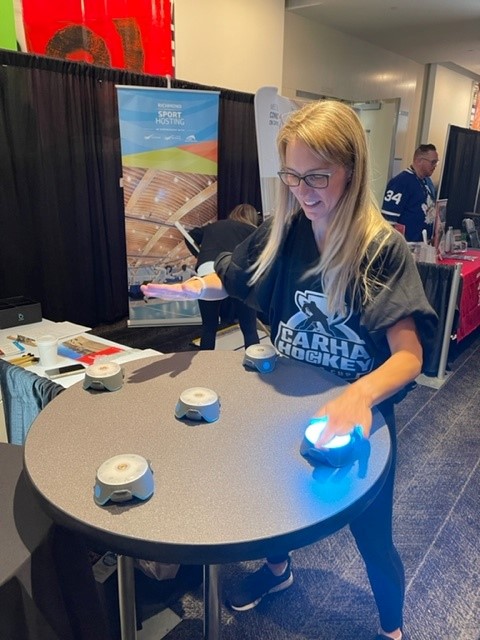 Click here to learn more about the CARHA Hockey World Cup, or contact Lucy Peeling, Manager, Special Events and Programs, for inquiries about hosting opportunities. The following tournament is scheduled for 2027, and the bid document will be available in the fall of 2023.