As I am heading into my fourth and final season as a Syracuse Orange player, I have set the bar high for my team and myself.

After coming off of making school history, I am hungry for more. Last season we were crowned College Hockey America champions and went on to make the NCAA tournament final eight. Next year, I have hopes to make it even further.

Now that we have the monkey off of our back having won our conference for the first time and making our first ever NCAA tournament appearance, I am pumped to keep going to try and make this a program standard. Making the NCAA tournament should be a standard moving forward and then striving to take it one step closer to an NCAA championship every year.

Now that we know what it takes as a team to get to the Elite Eight, it is our goal to make it again and go even further. In order to achieve this significant goal it will take consistency in our play. If we work on being consistent with our effort which starts off the ice, consistency will come on the ice, essentially leading to consistency in our record. I have the goal to remove this rollercoaster record we have had in previous years and be a tough opponent, game in and game out so we can add more wins to our record.

As for myself, I want to finish out my career with no regrets. I don’t want to finish the season wishing I had worked harder or wishing I had done more to get better. I want to leave Syracuse University confident that I gave my teammates and coaches all that I could. I have always lived by “leave something better than you found it” and that is definitely my goal for next season. It is my last season to contribute to making my teammates and this program better than when I started.

This team, this program, and this university have given me more than I could have asked for. With that being said, I can’t wait to get back on the ice and shatter these goals I have set for us! 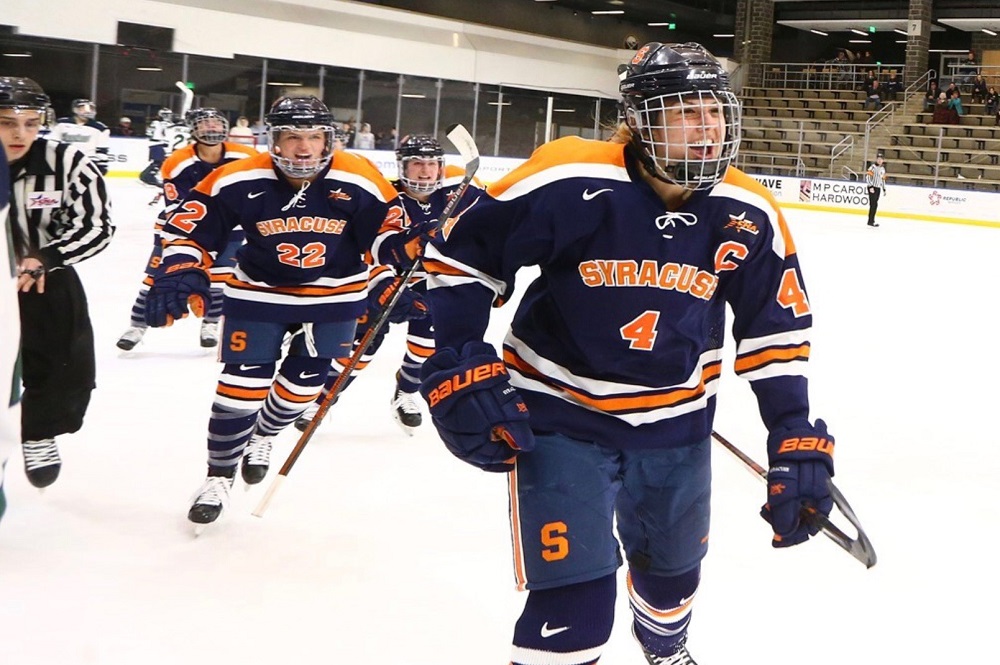